The Summer 2019 cruise aboard R/V Sikuliaq has begun. 2019 is the 50th consecutive year of samples taken at oceanographic station GAK1 (begun December 1970) and the 23nd consecutive year of Seward Line physical-chemical-phytoplankton-zooplankton-seabird sampling. However, many new things are happening too.

One of our special studies involves several days of high-resolution sampling of the Copper River discharge plume. We suspect this plume is a source of iron (and other nutrients), therefore driving some of the high productivity in the Gulf of Alaska. To investigate this, we’ll be deploying drifters, making maps of data along the plume edge, and performing incubation growth experiment using both shelf and offshore water.

In addition, the Gulf of Alaska Ecosystem Observatory (GEO) is being deployed this week. During the next year, it will report oceanographic conditions in real-time. The GEO moorings will provide the NGA LTER program with year-long data about conditions in the Gulf, so we can know what is happening even when we can’t be there. Two of the three moorings in the array report real-time data on ocean surface conditions. You can view data from these moorings in the Ocean Data Explorer system provided by AOOS and Axiom Data Science:

Five Research Experience for Undergraduate students are also aboard. Most of their time is spent in the labs at UAF and WWU, but for a few weeks, they are experiencing life at sea. They are:

Participants are also updating several blogs about their work.

Internet communication with ships in the Gulf of Alaska is spotty, but these blogs will be updated as often as possible. Katie Gavenus’s completed blog from the Spring cruise gives even more insight into our work. 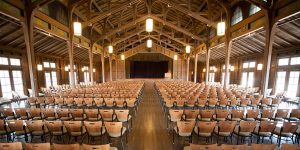 Investigators with the Northern Gulf of Alaska LTER program will be traveling to Asilomar Conference Grounds in Pacific Grove, California for the 2018 All Scientists’ Meeting, October 1-4. More information will be posted here as the time of the meeting draws near.

Several posters will be presented that relate to NGA LTER research. They include:

In a few short days, 23 scientists and educators will embark on our first LTER cruise aboard the R/V Sikuliaq, April 18 – May 5, 2018. Cruises are integral to our research and we anticipate having three each year – in May, July, and September. This cruise continues decades of time-series of measurements of the spring phytoplankton bloom along the Seward Line. As such, its many objectives center on the physical and biological processes that generate and sustain the spring bloom.

This cruise continues the sampling begun in fall 1997 under the NSF/NOAA NE Pacific GLOBEC program, and supported subsequently a consortium of the North Pacific Research Board (NPRB), the Alaska Ocean Observing System (AOOS), and the Exxon Valdez Oil Spill Trustee Council’s (EVOSTC) Gulf Watch. This is the first cruise as part of the NSF’s Northern Gulf of Alaska Long-term Ecological Program (NGA-LTER). The core scientific purpose of the Seward Line project is to develop an understanding of the response and resiliency of this marine ecosystem to climate variability. This cruise marks the 21st consecutive spring cruise for the Seward Line in the NGA, including Prince William Sound (PWS), and the 48th year of observations at GAK1.

To achieve the objectives, the cruise will visit four cross-shelf transect lines plus stations within Prince William Sound. At each station, operations will be divided into day and night tasks. In the day, we will perform CTD measurements, bottle sampling, and perform intensive sampling and productivity experiments at selected locations. At night, net tows for zooplankton will catch the critters when they rise in the water column to feed. The shortness of high latitude nights in May will mean more daylight work than nighttime work.

Right now, we are planning our next cruise which will be aboard the R/V Sikuliaq in mid-April 2018. There are a lot of elements that must be balanced when planning a cruise. Of course, time, money (including that for processing samples later on shore), and the program objectives all influence the cruise plan, but there are many other facets to consider.

For one thing, there are logistical elements that limit where the cruise must start and in what order the stations will happen. These include:

In addition, we must incorporate elements of previous studies to insure continuity between measurements:

And unfortunately, bad weather can impact the best made plans.